Medieval Ifriqiya & the Emergence of the Hafsid Dynasty

Medieval Ifriqiya and the Emergence of the Hafsid Dynasty 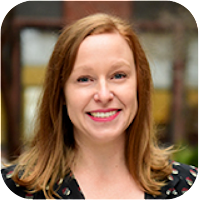 In this podcast, Samantha Cloud, PhD candidate in the Department of History at Saint Louis University,  discusses her work on medieval Ifriqiya and the emergence of the Hafsid dynasty. The Hafsid dynasty ruled Medieval Ifriqiya (roughly the territory of modern-day Tunisia, Eastern Algeria, and parts of Libya) from the 13th through the 16th century. The self-proclaimed inheritors of the Almohad empire, the Hafsids were the first rulers of Berber-descent to reign over the newly independent kingdom of Tunis, wholly untethered from foreign domination. The success of the Hafsids owed largely to the prowess of its first two sovereigns, Abu Zakariya Yahya and Abu ‘Abd Allah Muhammad al-Mustansir, whom possessed respectively a keen understanding of Maghrebi tribal politics and the politics of prestige.

This podcast provides an overview of the history of medieval Ifriqiya to highlight the significance of this dynasty in a region whose past is haunted by foreign rule and occupation. Addressing the impact of colonialism in the region’s history and historiography, it seeks to reframe the history of the Maghrib from its peripheral position in Western and Islamic studies to a central focus. Also, in focus is the historical agency of Berber peoples – or rather the Amazigh – with the medieval period especially and Hafsid dynasty in particular providing great example of this.

Samantha Cloud is writing a dissertation on “A Mediterranean King in the Age of Crusade: Interreligious Diplomacy between Charles of Anjou and Mohamed Al-Mustansir of Tunis.”

This podcast is part of the «History of the Maghrib, History in the Maghrib» series and was recorded on November 18, 2019, at the Centre d'Études Maghrébines à Tunis (CEMAT).

The “Student Question” in Tunisia: Between the Attraction of Leftism and the Steamroll of Authoritarian Paternalism (1963-1979)

The “Student Question” in Tunisia: Between the Attraction of Leftism and the Steamroll of Authoritarian Paternalism (1963-1979) 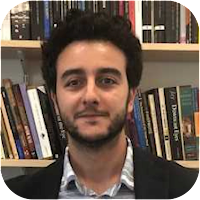 In this podcast, Dr. Idriss Jebari discusses the student question’s emergence in the context of the Parisian radical sixties and the importance of Maoist insights. Jebari examines the way Perspectives seized on the “student question” in its journal in relation to the state’s reforms in the education sector and its discourse on youth faced with contestation. Jebari explores how the repressive events of 1968 and 1973 were highly revealing of Bourguiba’s thinking on Tunisian youth and how Perspectives countered it by promoting students to leadership positions. This podcast ends by depicting the atmosphere in the wing of the Tunisian prison where both generations were simultaneously held in the 1970s, as described in certain memoirs, as yet another reason to speak of many iterations of Tunisian leftism in the postcolonial era, and as an entry point to start compiling a growing archive to shed light on this occulted episode of the country’s history and work toward national reconciliation.

Dr. Jebari is Al Maktoum Assistant Professor in Middle East Studies at Trinity College Dublin. His work investigates the distinctiveness of the Maghribi critique of modernity in contemporary Arab intellectual and cultural history. He completed a doctorate on the history of the production of critical thought in Morocco and Tunisia at the University of Oxford on the intellectual projects of Moroccan thinker Abdallah Laroui and Tunisian thinker Hichem Djaït. He then held an ACSS postdoctoral fellowship at the American University of Beirut to study the dynamics of intellectual and cultural exchanges between the Maghrib and the Mashriq after 1967. He has published on the intellectual projects of several North African intellectual figures such as Abdelkebir Khatibi, Mohamed Abed al-Jabri and Malek Bennabi, and how the younger generations remember this intellectual heritage of the Arab Left. He is currently working on his first book manuscript that will address the critical societal debates that shaped North Africa’s path toward modernity in the sixties and seventies.


This podcast is part of the Contemporary Thought series and was recorded on July 22, 2019 at the Centre d'Études Maghrébines à Tunis (CEMAT).

The Transmission and Effectivity of the Ma’luf Tradition, an Andalusian Music within Tunisia and Libya

The Transmission and Effectivity of the Ma’luf Tradition, an Andalusian Music within Tunisia and Libya 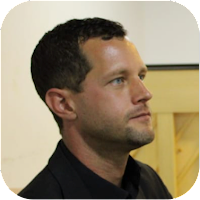 In this podcast, Jared Holton discusses the transmission and effectivity of ma'luf, an Andalusian musical tradition of North Africa. Holton’s research project explores the historical and ethnographic circulations of Tunisian and Libyan ma'luf primarily through the tubu', which are recognized as stabilized structures of sound and identity. Jared has completed extensive fieldwork in Tripoli, Libya and Sfax, Tunisia. Other research interests include the connections between music, religion, and soundscapes; globalization and musical practices; and music pedagogy.

Jared Holton is a doctoral candidate and Chancellor's Fellow in Ethnomusicology with an interdisciplinary emphasis in Global Studies at the University of California in Santa Barbara (UCSB). He has undergraduate and graduate degrees in piano performance, intercultural studies, and music education, with over seven years experience teaching private and classroom-based music curricula. On the stage, his performances range from solo piano concerts, collaborative work in the Western Classical repertoire, and most recently as oud and vocal performer with the Middle East Ensemble at UCSB.

This interview was led by CEMAT Associate Director, Dr. Meriem Guetat, and was recorded on July 26, 2019, at the Centre d'Études Maghrébines à Tunis (CEMAT).

We thank Jared Holton for his ma'luf oud performance for the introduction and conclusion of this podcast. 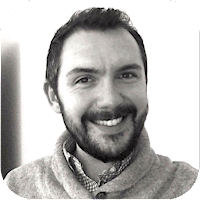 In this interview, Paul Love discusses the early stages of his new book project on the history of Ibadi Muslims from the Maghrib who lived, worked, and studied in Ottoman Cairo. Tentatively titled The Buffalo Agency: Ibadi Muslims in Ottoman Cairo, the book follows the history of a trade agency, school, and library known as the ‘Buffalo Agency’ (Wikalat al-jamus), operated by Ibadis for nearly four centuries in the Tulun district of Cairo. From its founding in the 17th to century to its closure in the 20th, the Agency served as a waystation for students, scholars, and merchants on their journeys through Cairo. During that same period, it also became a school and library for Ibadi students and scholars connected to the famous al-Azhar mosque, some of whom stayed in Egypt for decades. By exploring the lives of Ibadi Muslims as they moved through the world of sharʿiah courts, made use of waqf to endow properties and books, and studied alongside and did business with their Sunni coreligionists, The Buffalo Agency shows the way in which Ibadis belonged fully to the Ottoman world. At the same time, the book shows how Ibadis in Cairo maintained connections with their coreligionists in North Africa, East Africa, and the Arabian Peninsula.

The interview focuses on the early chapters of the book, including those based on research in the Tunisian National Archives during summer 2019. Paul spent part of the summer on an AIMS grant, which allowed him time to examine the correspondence of one of the most prominent Ibadis of the Ottoman Empire: Saʿid b. Qasim al-Shammakhi, who served as both the director of the Buffalo Agency and the representative of the Tunisian Bey in Egypt during the mid-19th century.

Paul Love earned his PhD in Near Eastern Studies from the University of Michigan (2016). He is currently Assistant Professor of North African, Middle Eastern, and Islamic History at Al Akhawayn University in Ifrane, Morocco. His research focuses on the history of Ibadi Muslim communities in northern Africa, the Arabic manuscript traditions of the Maghrib, and colonial knowledge production in North Africa and the Sahara. His first book, Ibadi Muslims of North Africa (Cambridge University Press, 2018), traced the history of the formation of an Ibadi Muslim tradition in the Maghrib from the 11th-16th centuries. His recent publications have appeared in the Journal of African History, the Journal of Islamic Manuscripts, and Etudes et Documents Berbères.

This interview was led by CEMAT Director, Dr. Laryssa Chomiak, and was recorded on July 19, 2019, at the Centre d'Études Maghrébines à Tunis (CEMAT). 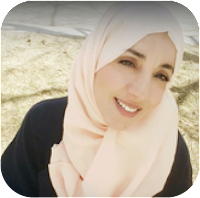 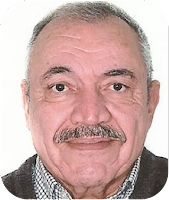 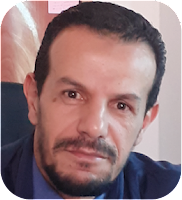 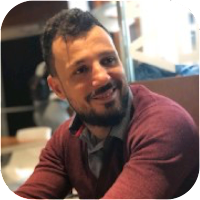 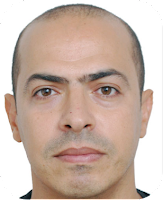 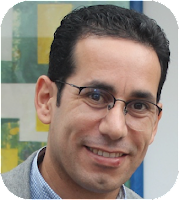 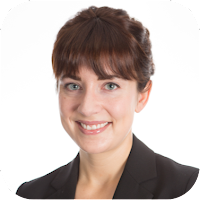 In this podcast, Dr. Shana Marshall frames global discussions on populist trends in the Middle East and North Africa. Dr. Marshall argues that populism is an articulation of global capitalism that is marked by an anti-elite sentiment and a class-based ideology. She considers that the rise of populism is due to the difficulty of dismantling the bureaucratic and professional structures that keep the “ultra-rich” protected. Dr. Marshall explains that, by putting the burden on the poor to change their situation rather than slowing  down the engine of accumulation, these structures recreate the conditions leading to populism.

Shana Marshall is Associate Director of the Institute for Middle East Studies and Assistant Research Faculty member at the George Washington University’s Elliott School of International Affairs.  She earned her PhD in International Relations and Comparative Politics of the Middle East at the University of Maryland in 2012. Her dissertation, “The New Politics of Patronage: The Arms Trade and Clientelism in the Arab World” (forthcoming, Columbia University Press) examines how Middle East governments use arms sales agreements to channel financial resources and economic privileges to domestic pro-regime elites.

This podcast is part of the Contemporary Thought series and was recorded on November 5,2019 at the Centre d'Études Maghrébines à Tunis (CEMAT).

Fascism and Republicanism in Colonial Tunisia,  1931-1944 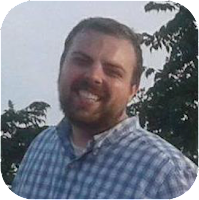 In this podcast, Luke Sebastian Scalone, Ph.D. candidate in the Department of History at Northeastern University, discusses his research project on “France's Shattered Empire: Fascism and Republicanism in Colonial Tunisia, 1931-1944.”

In the midst of the ideological upheaval of the global 1930s, fascist movements developed in countries as wide ranging as France, Romania, Spain, and Sweden.  However, European fascist movements did not limit their activities to Europe itself. Rather, they spread across colonial empires, establishing roots far from the centers of imperial metropoles. In this project, Luke Scalone examines the Fédération Tunisienne du Parti Populaire Français (PPF), an organization led by French settlers that could veritably be called “fascist,” in colonial Tunisia. Scalone argues that there were two mobilizing factors of the PPF in Tunisia: concerns about Italian fascist claims over Tunisia, and the rapid development of Habib Bourguiba’s Neo-Destour. These same concerns would, in 1940, push the colonial administration of Tunisia to rally to the pseudo-fascist Vichy France. Due to its opposition to Italian claims, the Fédération Tunisienne du PPF offers an interesting case study into two fascist movements who were combative against one another, suggesting that nationalism was a much stronger point of identification than shared fascist values.

This interview was led by CEMAT Associate Director, Dr. Meriem Guetat, and was recorded on July 16, 2019, at the Centre d'Études Maghrébines à Tunis (CEMAT). 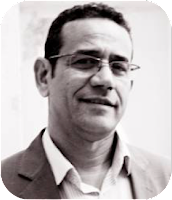