Trade Unions, Armed Resistance, and the Struggle for Independence in Tunisia: Unlikely Alliances and Contested Nationalism in the Gafsa Mining Basin, 1947-1963

Trade Unions, Armed Resistance, and the Struggle for Independence in Tunisia: Unlikely Alliances and Contested Nationalism in the Gafsa Mining Basin, 1947-1963 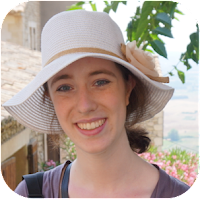 In this podcast, Rebecca Gruskin, Ph.D. Candidate in History at Stanford University, proposes a re-evaluation of the Tunisian nationalist movement in the 1940s-1950s, by decentering Tunis, and instead focusing on the alliances and contestations that undergirded anti-colonial resistance in the Gafsa phosphate-mining basin. She argues that Tunisia's independence from France was not an event but a process – one in which the construction of the nation and the meaning of sovereignty were hotly contested by a wide variety of actors throughout the 1950s, even (and especially after) formal independence was achieved on March 20, 1956. These contestations were especially visible in Gafsa because of the ways in which French economic and security imperatives intersected in this particular location. During this podcast, Gruskin tells the story of organized labor's collaboration in Gafsa with the armed resistance to French colonial rule in both Tunisia and Algeria. Specifically, she shows how local actors in Gafsa were not bound within the confines of Tunisia's borders but were instead situated within the context of transnational, Afro-Asian anti-colonial movements more broadly. She also explores how local actors in Gafsa imagined alternate possibilities for post-independence Tunisia, possibilities that played a decisive role in the 1950s even as it became clear, by the early 1960s, that they would not materialize. Gruskin’s research is based on extensive archival research in both Tunisia and France and on oral historical interviews.

The lecture was presented at the Gafsa in Past and Present Symposium, organized at the Centre d’Études Maghrébines à Tunis (CEMAT), in Tunis, Tunisia, on 23 October 2017.

We thank Bendir Man for use of his song, 'Redeyef.'

Maghrib in Past & Present | Postcasts is a production of the American Institute for Maghrib Studies (AIMS) and its overseas research centers, Centre d’Études Maghrébines en Algérie (CEMA), Centre d’Études Maghrébines à Tunis (CEMAT), and Tangier American Legation Institute for Moroccan Studies (TALIM). Use of content for classroom purposes and on other non-profit educational websites is granted (and encouraged) with proper citation. This project is generously funded by a United States Department of Education Title VI Grant for American Overseas Research Centers (2017-2020). Commercial use of this material is prohibited.