Tuning in to Morocco’s “Recitational Revival”

Tuning in to Morocco’s “Recitational Revival” 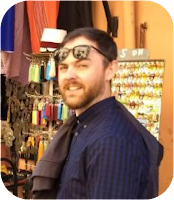 According to some religious leaders and other intellectuals, Morocco is in the midst of a 'recitational revival' (sahwa tajwidiyya). Though its scope and effectiveness are not yet clear, the intention is a re-emphasis on two core Islamic disciplines that relate to recitation of the Qur’an: first, tajwid, a system of rules that govern pronunciation and rhythm of the Qur’anic text in recitation performance; and the variance of those rules across seven, coherent, recitals or 'readings' (qira’at) that are equally sound. Within this revival, Moroccan’s historical preference for riwayat warsh, a lesser-practiced variant of one of the seven qira’at has become almost a point of national pride, and thus the Moroccan state has devoted many resources not only to specialist study of the qira’at, but also popularization of tajwid through mass media.

Engaging fieldwork at a variety of institutions, including new and pre-existing schools and state radio, in this Podcast, Ian VanderMeulen, doctoral candidate in Middle Eastern and Islamic Studies at New York University, maps an institutional framework of this revival and describes some of its core elements. In particular, he compares and contrasts the work going on at two institutions of qira’at study, the state-funded Ma‘had Muhammad Assadiss lil-dirasat wal-qira’at al-Qur’aniyya in Rabat, and the private Madrasat Ibn al-Qadi lil-qira’at in Sale. Taking inspiration from the growing field of 'sound studies,' and grounding his fieldwork in historical research on tajwid, the qira’at, and the history of sound recording, Ian suggests that the sahwa tajwidiiyya is less a 'revival' of previous practices of recitation per se, but a refashioning of such practices and their pedagogies through the application of new technologies, from modern classroom whiteboards to digital studio recording.

A performing musician, Ian holds bachelor’s degrees in music and religious studies from Oberlin College and an M.A. from The Graduate Center, City University of New York. His research in France and Morocco has been funded by NYU’s Graduate Research Initiative and the American Institute for Maghrib Studies.


This podcast was recorded at the Tangier American Legation Institute for Moroccan Studies (TALIM) on February 7, 2019.