Oran, The Plague and COVID-19

Oran, The Plague and COVID-19 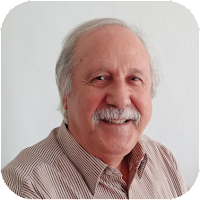 The French critical tradition has seen in Camus’ La peste (1947) an allegorical representation of German occupation, during the Second World War. He staged it in Oran, a coastal town in French Algeria, at the time, closed to the rest of the world because of a plague pandemic. The recent COVID-19 pandemic that flared up through the world sparked off reminiscences of the novel, which remains a master piece of French literature because of its most realistic description of social angst, which recalls paranoiac collective crisis, throwing crowds into panics, from the Middle Ages. Using two literary devices ‘Le pacte autobiographique’ (P. Lejeune) and the ‘Chronotope’ (M. Bakhtin) we propose another reading of this novel, away from the over trodden paths of studies of its human gallery of portraits, as institutionalized by a North/South (French) approach, which we consider as aesthetically valuable as legitimate for its cultural context.

We proceed through a South/North (Algerian) approach, based on two main protagonists ‘Oran’ and ‘the plague’ as characters by reference to another allegorical representation by ‘preterition’ (present in absentia) of a missing human entity, the Algerian people. While Camus stigmatizes the terrible suffering of the French people under the clamps of  the German invader, he excludes the indigenous ‘Arab community’ from the setting of La peste, keeping silent on the painful ordeal of the Algerian people, under the clamps of 132 years of colonization. Camus’ ambivalent posture induced very controversial debates over the ‘genuineness’ of his commitment to the Algerian cause. Yet, today, Camus has become more than a symbolic trade mark that two different cultural-makings of history dispute, whereas he has always dedicated his life and writings to the whole of mankind.

Professor Sidi Mohamed Lakhdar Barka has been teaching ‘African non-native English and French writers’ literatures and African/American literatures of the first half of the twentieth century’, at the Department of English, Faculty of Foreign Languages, Mohamed Ben Ahmed University of Oran 2, since 1972. He produced several articles applying discourse analysis theories in the didactics of teaching literature to students coming from an oral tradition background, in Algeria. His pedagogical experience brought him to question the paradoxes of transmission of cultures through languages with a literary tradition (Arabic, French and English) to Algerian learners whose oral cultures have always been conveyed by local linguistic varieties of spoken Tamazight and Arabic, excluded from their literary syllabi.

We thank our friend Ignacio Villalón for his guitar performance for the introduction and conclusion of this podcast.