Cultural Preservation in the Medina of Tunis: A Conversation with Leila Ben Gacem

Cultural Preservation in the Medina of Tunis:

A Conversation with Leila Ben Gacem 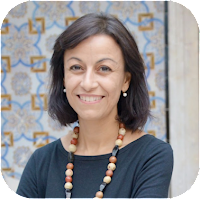 Dar Ben Gacem encapsulates her work on physical space in the medina. Starting in 2007 Ben Gacem began the process of renovating a dilapidated, historic building. During this first project, the renovations faced many difficulties including ambiguous governmental regulations and of course a revolution after which social dynamics shifted significantly. Finally in 2013, the first Dar Ben Gacem opened as a boutique hotel in the medina of Tunis, followed by a second Dar renovation project shortly thereafter. Together these two hotels have opened their doors to countless guests from all over the world and hosted events with artisans, chefs and startups.

Mdiniti, a more recent effort, is an economic initiative that represents 17 different start-ups, artisans and businesses that all have the same goal: revitalizing and celebrating the culture of the Tunis medina. As individuals, these representatives would not have much sway, but as a conglomerate, their collective voices can influence change at a higher level.

This work on reviving cultural heritage is not isolated. Ben Gacem explains that the problems her organizations face are a product of more complex issues, including how the increase in the high school dropout rate trickles down and affects efforts to revitalize the medina. By addressing these hurdles as a part of her programming with Dar el Harka, a coworking space that encourages student involvement and provides study spaces, Ben Gacem ends up revitalizing more than just spaces in the medina.

This podcast sheds light on a thoughtful and diligent leader in the medina of Tunis. Leila Ben Gacem’s initiatives prove that efforts are forever being made, not without a struggle, to preserve the history and culture of Tunis.

Leila Ben Gacem is a social entrepreneur, Ashoka Fellow, founder of Blue Fish, a consultancy that designs and implements projects to improve the economic dynamics of heritage to improve its resilience. Leila also founded Dar el Harka, a creative industry hub; Dar Ben Gacem, a Boutique Hotel and cultural catalyst in the medina of Tunis. Leila is also a founder and president of Mdinti, Medina’s first economic interest group, and member of the organization committee of UltraMirage El Djerid. Leila is an elected city council member at Beni Khalled. Before switching careers, Leila held various positions at multinational corporations and has a BS in Biomedical Engineering.

This episode is part of « Cultural Heritage Conservation in the Maghrib » lecture series organized by the Centre d'Études Maghrébines à Tunis (CEMAT). It was recorded at Dar Ben Gacem on Friday April 15, 2022 with Neely Egan, the CEMAT Cultural History of Tourism Fellow.

Faleh, Majdi. “Restoration of Tangible and Intangible Artifacts in the Tunisian Landscape: ‘Boutique Hotels’ and the Entrepreneurial Project of Dar Ben-Gacem.” Journal of Heritage Management 4, no. 1 (July 2019): 22–35

Ben Salem, Sarah. “Urban Life is Nothing if not the Theatrical: The Role of Art in the Regeneration of the Medina of Tunis City.” Journal of Research in Architecture & Planning 30, no. 1 (2021): 1-9.