Making Space(s) for Arts and Culture in Libya

Making Space(s) for Arts and Culture in Libya 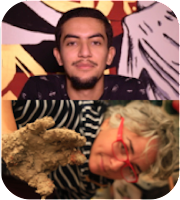 In this episode, Hadia Gana, founder of Bayt Ali Gana, and Faraj Alsileeni, Cultural Manager at Tanarout Organization for Libyan Creativity, share their experiences opening community spaces for art and culture in Libya. Providing two generations of perspective, the speakers find commonalities in their trials and successes. While budget remains an elusive problem and support from governing institutions can be fickle, both Gana and Alsileeni have found strength in building community networks including within their own families. Above all, the leaders seek strategies for sustainability. Reflecting on Libya’s past and present, they raise the questions: To what extent could traditional tribal systems be integrated into this new burgeoning cultural sphere? How to convince the public that art can be a powerful tool for change? And amidst the current political uncertainty, what are the spaces in which ongoing cultural education can take place? 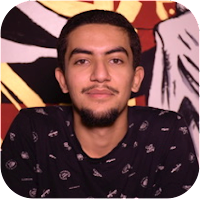 Faraj Alsileeni is the Cultural Manager of Tanarout Organization for Libyan Creativity  an arts and cultural center in Benghazi, Libya. Opened in 2015, Tanarout offers exhibitions, theater performances, workshops, a book circle, a cinema club, and an open arts space for the community. Alsileeni is also a Resource Center Officer for Civil Society at ACTED Libya. He is an active cinema blogger and cinema researcher, recently presenting his first paper, “The Libyan in the Others Screen,” at the cultural policies symposium of Axiology magazine at the Libyan International University. He is a fellow researcher with Network for Arab Alternative Screens. 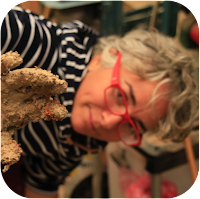 Hadia Gana is a pottery artist and founder of Gana House for Arts, a cultural space in Tripoli that includes an archive and museum of Ali Gana’s art works and art research. Hadia was appointed in late 2018 as a Board Member at the Old City of Tripoli Administration Bureau that manages the restoration and rehabilitation of the heritage site, including public and private cultural spaces.

This podcast is part of "Libya Studies" lecture series and was recorded at Centre d'Études Maghrébines à Tunis (CEMAT) on October 9, 2022 at Bait Al Hikma in Tunis, as part of the 2022 AIMS Arts & Humanities Conference on Libya.